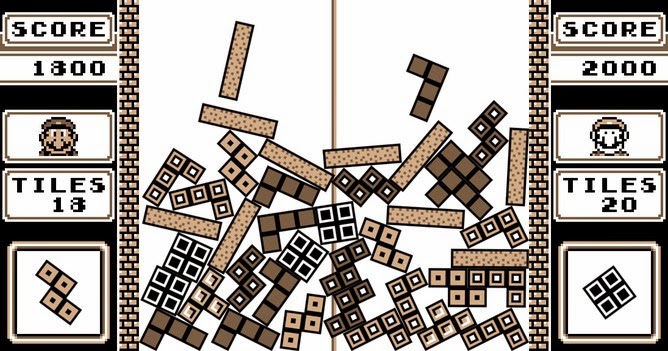 I'm of a mindset that one should always assume positive intent, certainly in educational contexts, but really in life in general (as much as New York seems dead set on convincing me otherwise). In a recent column for The Conversation, Brendan Keogh pens a thorough takedown of a new initiative by researcher and games advocate Jane McGonigal titled Play, Don't Replay. The thrust of McGonigal's project is to encourage people to play attention-occupying puzzle games like Tetris in the immediate aftermath of traumatic events in order to prevent images from the trauma from settling into a permanent rotation in the brain. These images would normally manifest as a symptom of PTSD, but McGonigal cites an Oxford study that claims that rapid eye-movement games can potentially prevent these negative symptoms from taking hold.

That "potential" is the sticking point for Keogh. He acknowledges the virtues of striving for such human betterment, but claims that there's not enough research to justify responsibly putting such a plan into action. Keogh asserts that "game evangelists" (his term) like McGonigal and the folks over at Games For Change have a vested personal interest in seeing the public perception of video games shift toward seeing games in a positive light. And from Keogh's perspective, he sees Play, Don't Replay as placing games advocacy ahead of the needs of trauma victims. As you might expect, McGonigal has a few retorts to Keogh's piece in the comments where she defends the research behind Play, Don't Replay while also acknowledging how she's always receptive to feedback and has already incorporated several changes due to responses she's received. However, the malleability of some of these variables, specifically that the amount of time one should play the game was switch from 30 minutes to 10 minutes, certainly gives me pause from wanting to take McGonigal's word as gospel. At the very least, I'm interested in seeing further research conducted on the subject though.
Posted by Dan Solberg at 10:00 PM