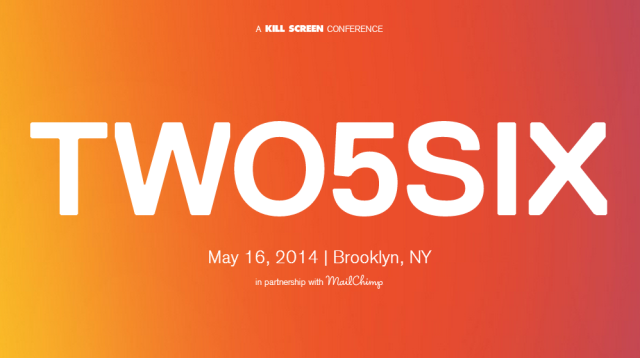 This past Friday in Brooklyn, New York, Kill Screen hosted its second annual Two5six conference, bringing together minds from the world of video games with outside voices in related fields. The format was similar to last year's event, but in a different location and, unless I missed it, it was not livestreamed. There were talks about sound design, voice acting, and spatial narrative, among others. Kill Screen founder Jamin Warren moderated the entire 8-hour event, and once again showcased his skills as both an interviewer and a facilitator. I always think it's a shame when there's a panel on the stage and each one of them speaks exclusively to the moderator, but this year at Two5six there were more than a few instances of panelists *gasp* talking to one another. 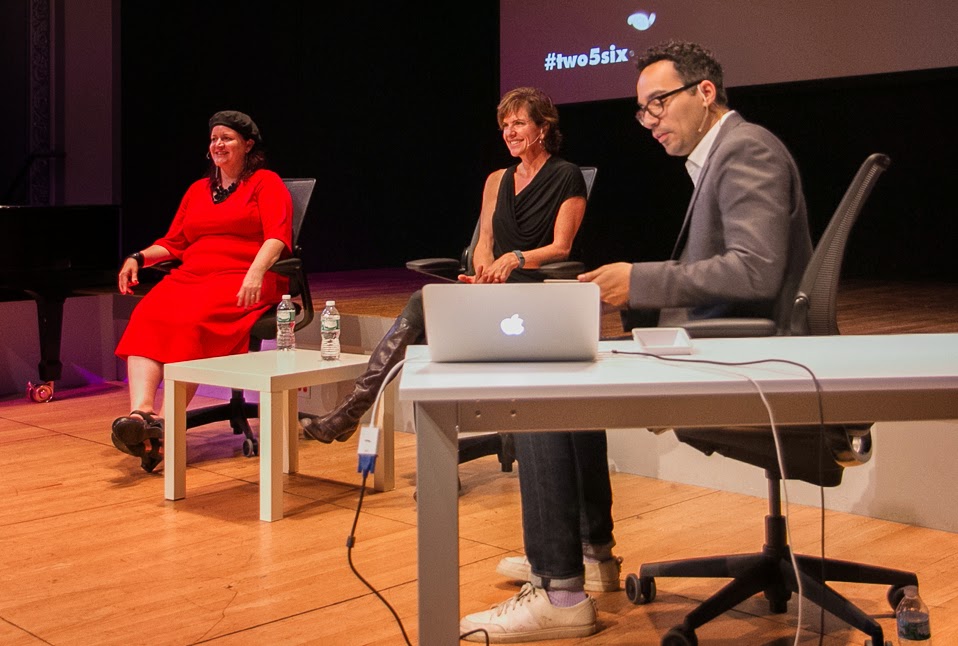 I wouldn't say anything at Two5six 2014 totally bowled me over, but it was a fun, engaging day of on-stage discussions, off-stage chatting, and some pretty delicious doughnuts. I'd like to reiterate my fondness for the speaker pairings both from audience experience and conference design perspectives. In many cases, I was familiar with the "game" people, their games, and what they think about their games, but was almost universally not aware of the speakers they were setup with. This brought new contextual understanding to the games side of things, while also framing games as part of culture with radio, museums, and experimental film. Plus Kill Screen is actually able to leverage some recognizable names as draws to the conference while insuring they aren't just going to be retreading old material. Kill Screen has already begun recapping many of the talks from the conference on their website, so even if you didn't go, there's a chance to see what you missed. 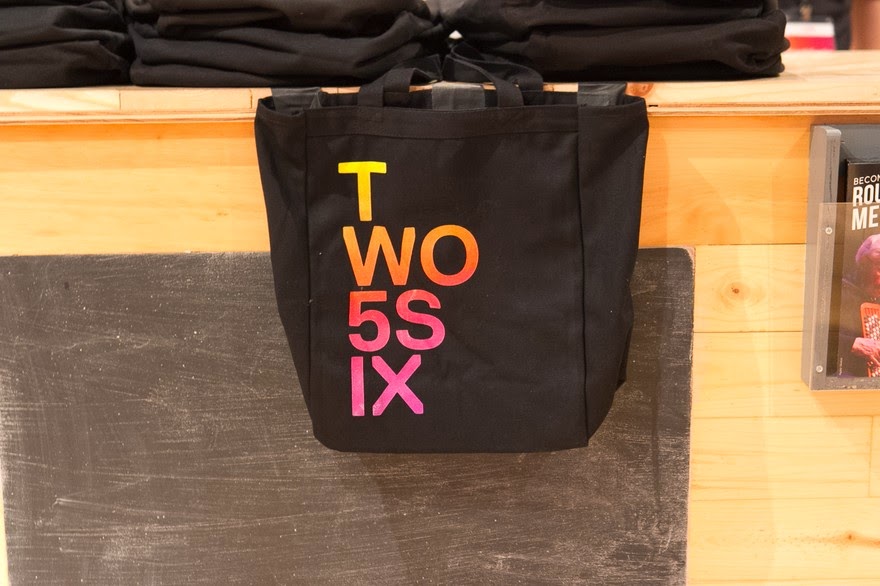 I'm not sure what I really want from conferences anymore except maybe the opportunity to meet people I don't normally talk to, and I was definitely afforded that opportunity at Two5six. On one hand, the speakers almost all stuck around for most of the conference, open to conversation during breaks or for establishing contact at a later date. On the other, I got to hang out with fellow audience members, particularly other freelance writers, in what became an informal sub-convening of our particular niche in the industry. Two5six affords a certain kinship among people who work in and around games, and it's strength is, at least symbolically, forging those connections outside of just interactive software. It might not seem like must-go, must-see kind of conference, but what is? I imagine you'll get different answers depending on what each person was looking to get out of it. From where I'm sitting, Two5six does a pretty bang-up job of doing what it sets out to do.
Posted by Dan Solberg at 10:00 PM