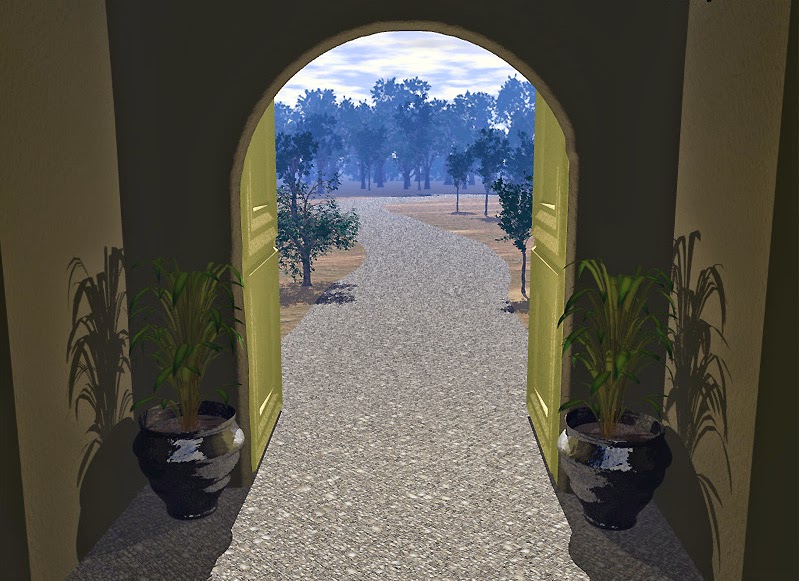 Some really interesting thoughts on how we define "games" from Claire Hosking this week. In a post on her Tumblr page titled "Threshold," she begins by comparing games formalism to art formalism, positing that instead of taking art's approach, that "art" is to a certain degree undefinable, in games, everyone has their own definition of what a game is. While this leads to a nonetheless fractured definition, at the very least it avoids art's elitist mindset of needing to be granted membership into a secret club before being allowed to "get" what art is. Though gaming's gatekeepers could end up similarly halting progress depending on how the lines end up being drawn.

Hosking goes on to then compare this existential debate in games to evolutions in architecture, which in many cases have blurred the lines between "inside" and "outside." In fact, these middleground spaces in architecture are evocative of a similar situation with games where perhaps a game isn't simply inside or outside of an exclusionary criteria, but something that contains various percentages of game-like structures among elements from film, drawing, or any other media. Some would even say this is inherent to games as hybrid structures or logic and expression.

There are many more fascinating ideas in Hosking's full piece, including the consideration that maybe some of the fringe software that gets lumped into the ever-expanding definition of games should actually be thought of as some new category instead. As you might imagine, it's not a simple yes/no answer. My only criticism of Hosking's piece is that when she debunks games as a medium (a really interesting consideration) she's only speaking of video games, referencing the medium of code, instead of considering video games and physical games together. Perhaps physical games can be seen as programs too, just ones with different methods of enforcing rulesets. After reading Hosking's post, I'm extra eager to hear Charles Pratt's formalist defense Thursday at NYU Game Center.
Posted by Dan Solberg at 10:00 PM