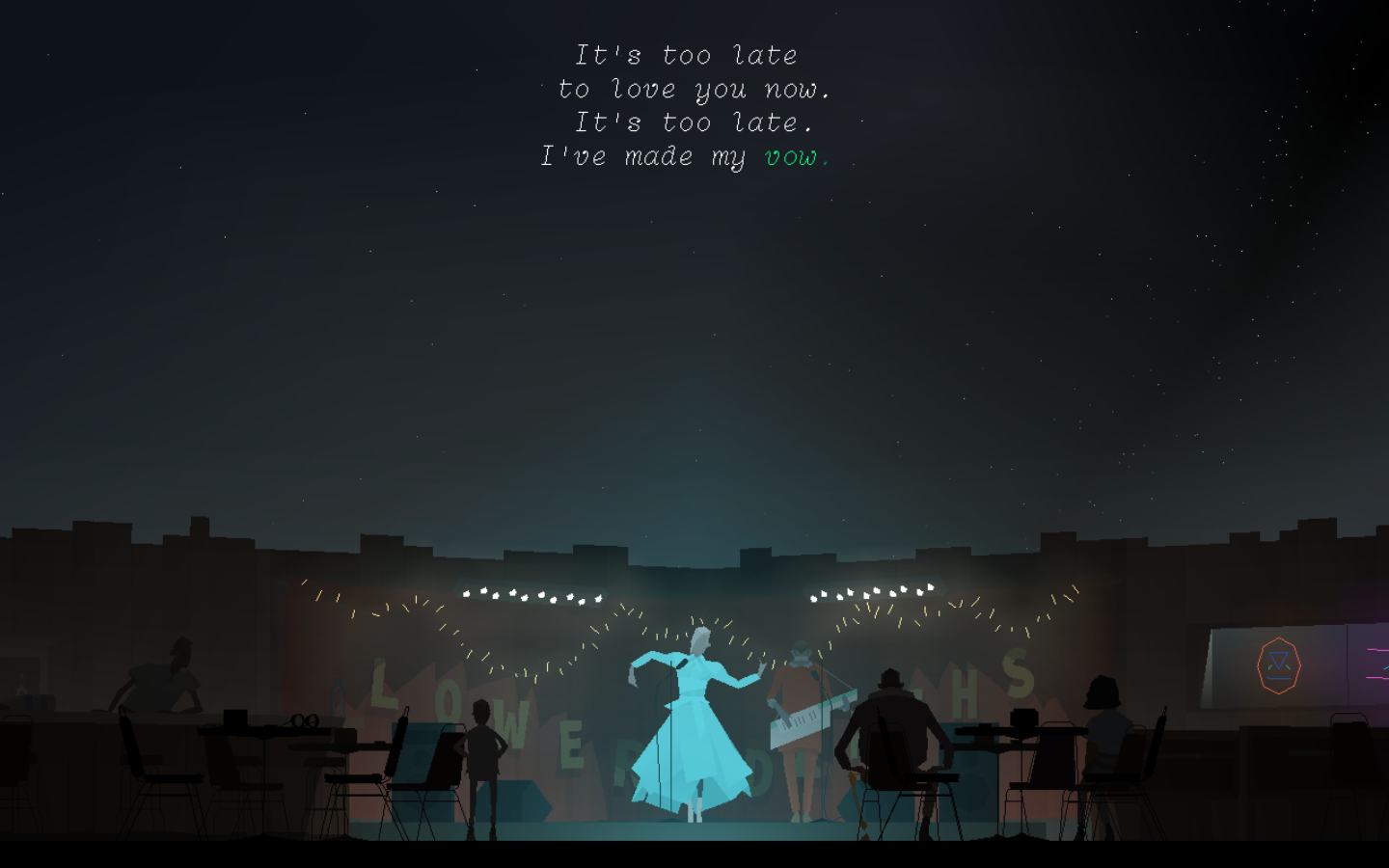 This has been an active week for me on Kill Screen. First off, there was the piece that I wrote about this year's Games For Change Festival, a conference in the midst of self-critique. This was my third time attending G4C and found that some of the more critical talks and opinions were the ones that resonated with me the most. It was my hope that I presented this information in a way that seemed like a fair critique of a system that appeared open and welcoming of critical feedback. I'm also glad I was able to include some quotes from G4C President Asi Burak and I'm thankful for his willingness to contribute.

Next was a short profile of Kentucky Route Zero developer Tamas Kemenczy. Having just completed Act 3, I was extra excited to dive into what exactly makes KRZ tick. While some of my original speculation about the game being grounded in studio art practice did not end up bearing fruit, the rejection of these formalized categories was enough on its own. I'm a recent convert to KRZ, playing it for the first time in preparation for this piece, but I've come out of the experience a staunch advocate for what it's doing with the video game form.

I was assigned the Kemenczy piece because he's speaking at Kill Screen's Two5six conference on Friday, which will also see the launch of Kill Screen's latest print issue. I'll write a separate post once the magazine is freely available for purchase, but the theme is virtual reality, and I wrote a piece for it comparing the democratizing potential of Oculus Rift to that of the original video camcorder, the Sony Portapak. It will be Kill Screen's most focused theme so far, so I'm curious to see how it all turns out (I'm optimistic). They're having a free launch party after the conference where they'll be giving out copies, if you're interested.
Posted by Dan Solberg at 10:00 PM