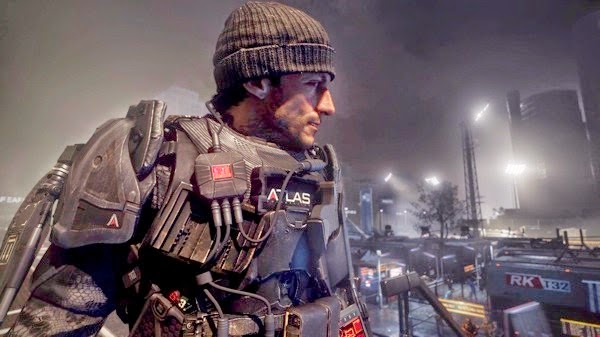 I've never played a Call of Duty game, but from what I can tell, the franchise is in need of a dramatic shift to really shake things up. Am I crazy or should the series actually go back in time to WWI or earlier? I'd love to see a game of such scope embrace that kind of restraint; it could be daring. Regardless of my fanciful wishes destined for deaf ears, the latest Call of Duty title has been announced and it's more of the same near-future military stuff, but this time focusing on para-military companies (PMCs). This seems like this could have been an interesting move some 10 years ago, but now it just comes off as reactionary.

And long-time game journalist John Davison has a point that the titular "call of duty" in a game about PMCs rings a bit false. Hell, Activision is even funding a "documentary" that questions the loyalty of PMCs. Nevermind that the film is just a glorified ad for a video game, if the characters in the game aren't actually answering the call of duty to defend their country and are instead motivated by corporate interests, then the title feels somewhat inappropriate. I mean, I get why they're sticking with the name, and why, in 2014, you can't really make a game about the American military without acknowledging the impact of PMCs. And while I understand the logic of putting those two things together, titling that game Call of Duty only makes sense to me as sarcasm, even moreso than before.
Posted by Dan Solberg at 10:00 PM