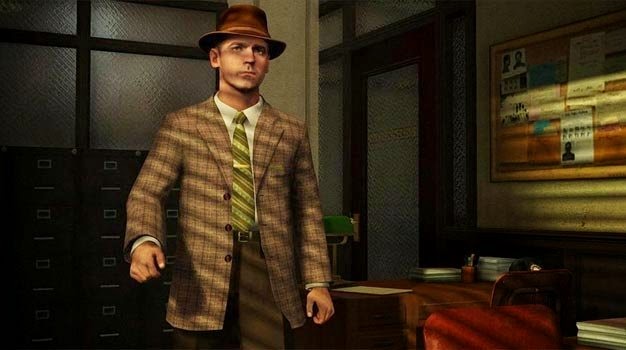 Source: What does it mean when we call videogames cinematic?
Author: Chris Priestman
Site: Kill Screen

The word "cinematic" is tossed around a lot with games, but what does that label really entail? Well, since it's often coming from a marketing department, "cinematic" is somewhat of an empty phrase in games, taking for granted that people like movies and hoping that they'll enjoy this other medium if it seems similar. I believe a lot of the use of "cinematic" in games writing is derivative of marketing speech too, which has been allowed to inform and shape the perception of the medium. If I look at the games that are called cinematic, I see a couple things: film-like cinematography (at least in the cutscenes shown in, you guessed it, commercials), realistic looking/sounding characters performance-captured by movie actors, and a 3-act narrative arc to the game's central plotline. Of course there's more to film than just these elements, so it's worth considering other games that offer cinematic experiences, but aren't generally considered as much.

That's the premise of a recent piece by Chris Priestman for Kill Screen wherein he argues that a game like Papers, Please uses cinematic split-screen visuals as a means of dividing player attention. In the end, no one medium stands totally alone, and as Priestman admits, even split-screen itself isn't born of film, and the visual style we typically associate with cinema in games often owes as much to painting, theater, and photography as its moving pictures cousin. And as far as I can tell, David Cage is already making "interactive movies" as much as something like that can exist, which is likely not wholly a game or a film, but something somewhere in between. Now he just needs to use that interesting middle-ground to tell an equally interesting story.
Posted by Dan Solberg at 10:00 PM