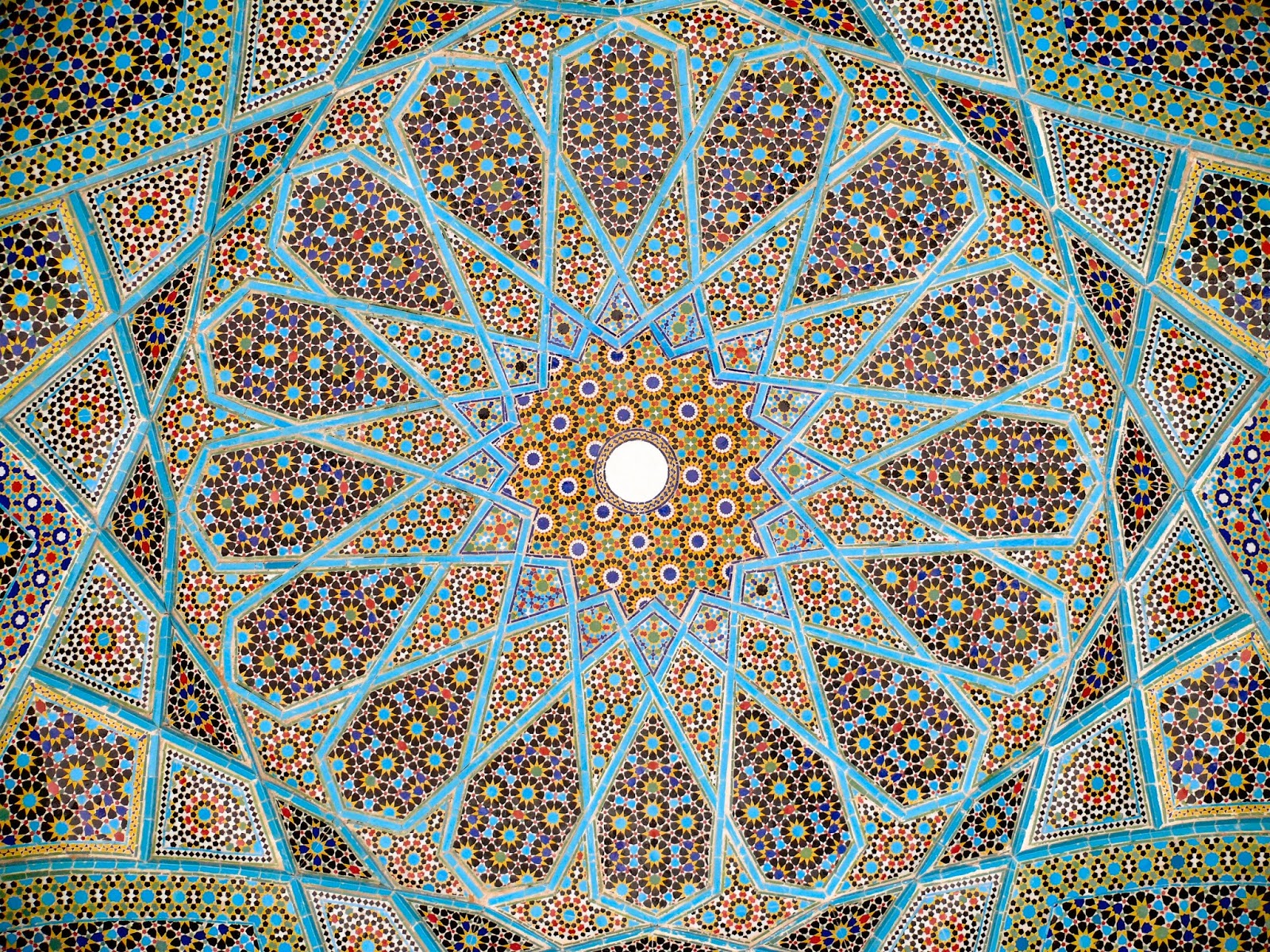 Despite a formal art education, I know very little about Islamic art other than it being aniconic and often spoken of in mathematical contexts. Without illustrative imagery of people or really anything taken directly from nature, line, shape, and pattern become primary tools. The results can be quite breathtaking in their intricacy and beauty, most commonly associated with architectural installations like the dome above. But the principles of Islamic art needn't be confined only to these physical structures; one would assume that an art practice with such an emphasis on geometry would thrive in the digital realm: a world founded on numeric values and algorithms. Turns out, that's the case, and several video games are actually in development right now that draw influence from Islamic art.

In a recent piece for Kotaku UK, Dave Owen speaks to the creators of two such titles, Music of the Spheres and Engare. Both games ask players to conduct close reads with complex patterns and shapes to determine puzzle solutions. Players must look past the dazzling overlaps of lines and angles to follow single paths, which in turn grant an understanding of the structure of the artwork as a whole. And really, these concepts are a natural fit for games, which despite the pervasive penchant for narrative role-play, is also that medium that gave us abstract puzzlers like Tetris. Games don't have the same expectations as movies or books as outlets for human storytelling, they can simply be experiences in and of themselves; story generators as much as tellers.
Posted by Dan Solberg at 10:00 PM