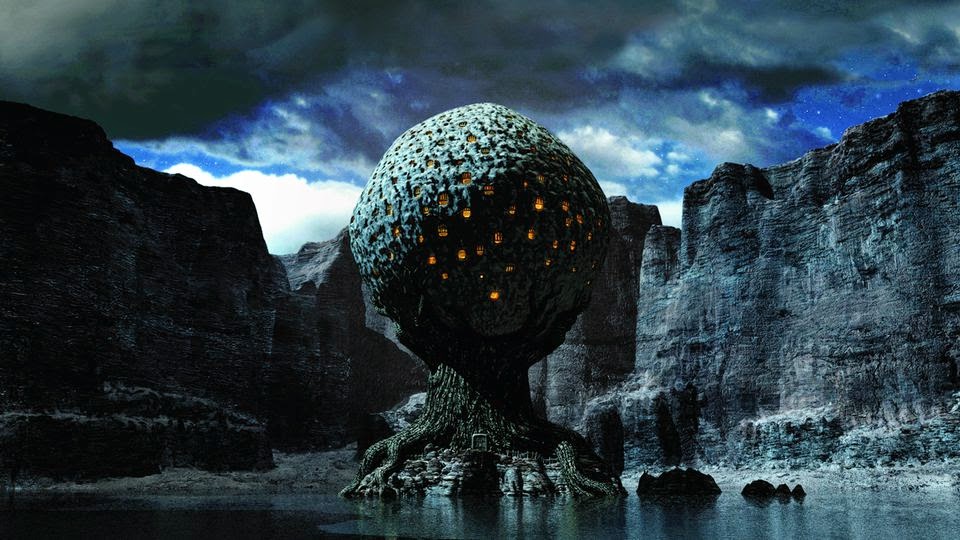 This week over at Gameological, John Teti has begun a series of posts about empty spaces in games. He sets up the series by pointing out the disconnect between images of games that depict them as all-out action while the reality is that games allow for many quiet moments as well, often at the player's discretion. Of course there are games that are largely devoid of action, no matter how you play them, and two of those games, Myst and Riven (it's sequel), are the first to go under the microscope. Teti's argument is that while Myst uses emptiness as a way of ensuring that the player doesn't feel pressure to complete puzzles quickly or shame in failure to do so (no one is watching), Riven presents people on the fringes of your view. In Riven, you don't feel extra pressure because there are humans elsewhere on the island, but finding out why they're running away from you serves as a kind of motivation for puzzle solving. I'm excited to see where this series goes next as there are many games that offer moments of silence or emptiness that are often glossed over in favor of more frenzied moments.

While there are certainly a multitude of games that position characters in empty worlds, I hope that pause menus are spoken of at some point too. When I think about menus, I think about RPGs, and how much time I spend navigating them compared to "playing" the game. Whether it's arming characters in Final Fantasy games or navigating deep space in Mass Effect, my time spent in menus has offered me a solitary, introspective space. How do I want to engage in this next scenario? What should I wear? Time collapses in pause menus, and nothing proceeds without you (unless you're playing online, of course). Sometimes the official game clock even halts while you're in menus as well, as if to say that time spent amongst the upgrade paths and equip screens is somehow separate from everything else. In a way, it is separate, but that shouldn't diminish its influence on the tone and pacing of the game as one, whole experience.
Posted by Dan Solberg at 10:00 PM