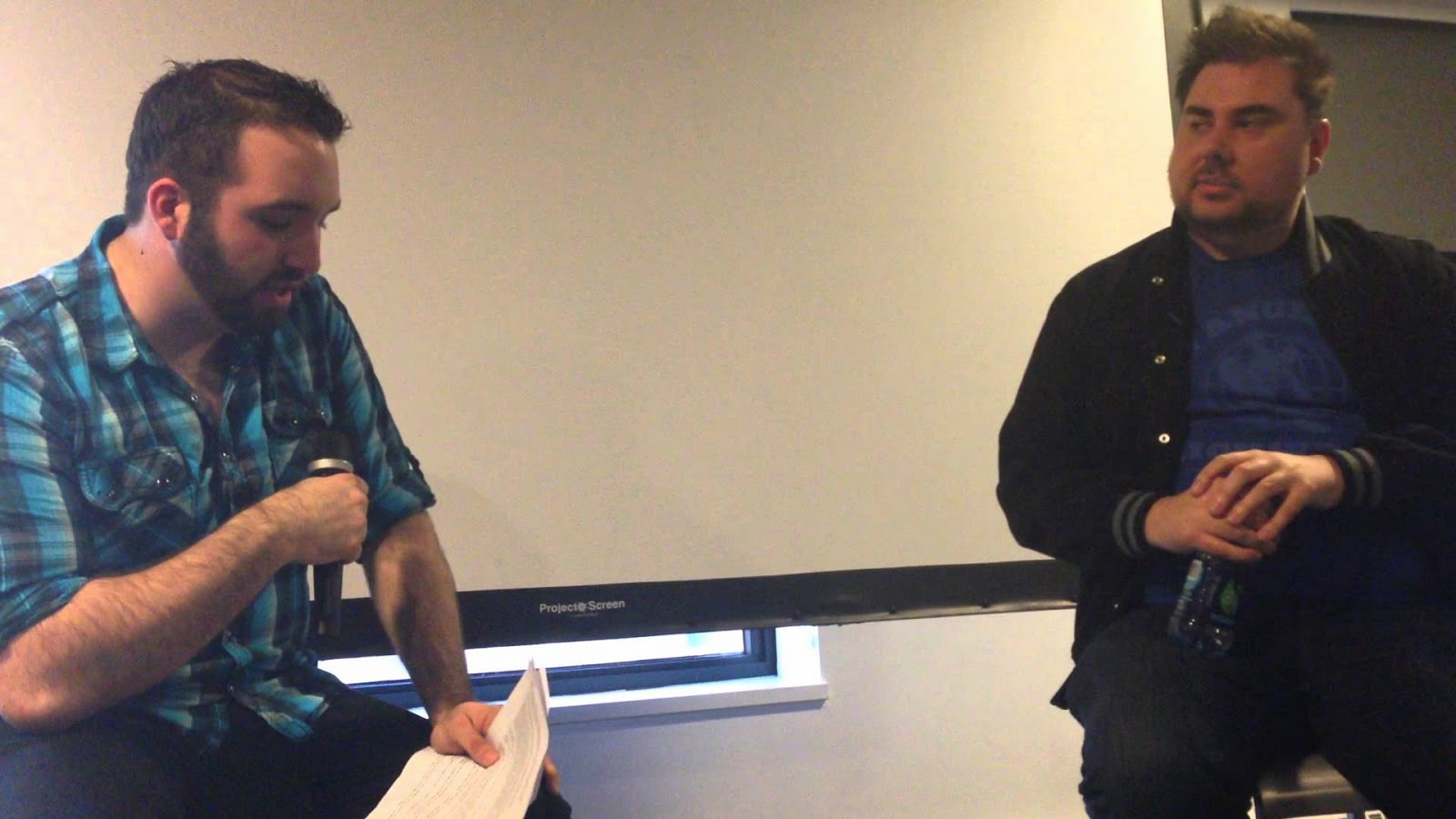 Earlier tonight (April 9th) NYU Game Center hosted a conversation with long-time video game critic and Giant Bomb co-founder Jeff Gerstmann. During the talk, Gerstmann discussed a wide range of gaming-related topics, covering his involvement in the critical sphere across past, present, and future. One of the main points of emphasis was Giant Bomb's position as a website that covers video games from a personality-driven angle. Gerstmann and company don't discuss every game on their site, and production of actual reviews has dwindled in favor of video "quick looks" where two editors play through part of a game and provide commentary and impressions through voiceover. The website has a friendly, conversational energy that contrasts with Gerstmann's previous work at Gamespot, which he described as a much more solitary, review-focused routine. As a frequent Giant Bomb visitor, and because of that site's transparent tone, a lot of what Gerstmann had to say sounded pretty familiar to me, but hearing it all at once painted a clear picture of where Gerstmann sees himself in the current industry and where things could be headed.

As engaging as the conversation was, there's not a great through-line to easily sum up what was discussed. One of Gerstmann's strongest qualities is his adaptability. In his career, he was unjustly fired from a job at Gamespot, a job that was, more or less, the entirety of his professional experience up to that point. He was then at a crossroads: either figure out some way to continue getting paid to talk about games or start over from square one on some new path. Ultimately, Gerstmann created Giant Bomb, which served as both a fresh restart, but also a way to remain within a familiar field. Being fired was an opportunity of sorts for Gerstmann to reevaluate how he was covering games. The controversy brought him into the public spotlight in a way that had people interested in hearing his side of the story, but not only that; all of a sudden, people didn't just want to know Gerstmann's opinions on video games, but also his point of view on all manner of subjects in the vicinity of game journalism in general. While personality-based game coverage has certainly gained widespread popularity due to a number of factors, Gerstmann's situation positioned him to move ahead of the curve in a way that probably couldn't have existed without the debacle that preceded it.

It's Gerstmann's adaptability that gives him the confidence that he'll make out alright going forward into an uncertain future. This isn't to say that he's completely got the games thing all figured out, but rather that he's put himself in a position where he can be flexible. This, opposed to older, bigger outlets struggling to keep afloat as traditional revenue streams dry up. An audience member at the talk asked about the significance of Twitch and YouTube personalities, and while Gerstmann acknowledged some of the tremendously exciting things happening in those spaces, he also noted the issues with rights-holders looking for a cut of profits, and how this will likely only get worse. In contrast, Giant Bomb is in a unique position where they can dabble in livestreams, in "let's play"-style videos, in news reporting, criticism, and yes, even game reviews without fully committing the ship to any of them. There's a certain level of celebrity status at work, but without the phony sheen that permeates most public figures who perform in front of a camera for a living. Gerstmann has cultivated a following that's genuinely interested in what he thinks about things, not in an image or fictional persona (or at least as much as that's possible on the Internet).

The Q/A segment of the talk was extensive, and more than anything, showed the fondness and respect that people who follow and care about Gerstmann's work have for him. The room was undoubtedly packed with Giant Bomb fans and followers. When asked how many in attendance subscribed to the site, what felt like an overwhelming majority of hands were raised. What do you think about VR? What do you think about sexism in games? What do you think about people who say Proteus isn't a game? What do you think about academic game design programs? Do you have any plans to get back into music production? Many of these questions are only tangentially related to Gerstmann's "job;" they're questions for a guru. And as a clear sign of his adaptability, Gerstmann was able to address all of them. However, there's a chance this amicability could just be an echo-chamber in action. If everyone knows what everyone likes, within a staff, between artist and audience, between game developers and players, then where's the challenge? I went into the talk with a pretty solid understanding of what Jeff Gerstmann thinks about VR, sexism in games, and Proteus, but I learned just how much effort he spends hunting for those challenges. It keeps him up at night, he says, but it also certainly keeps things interesting.