Blips: A Zap of Nostalgia 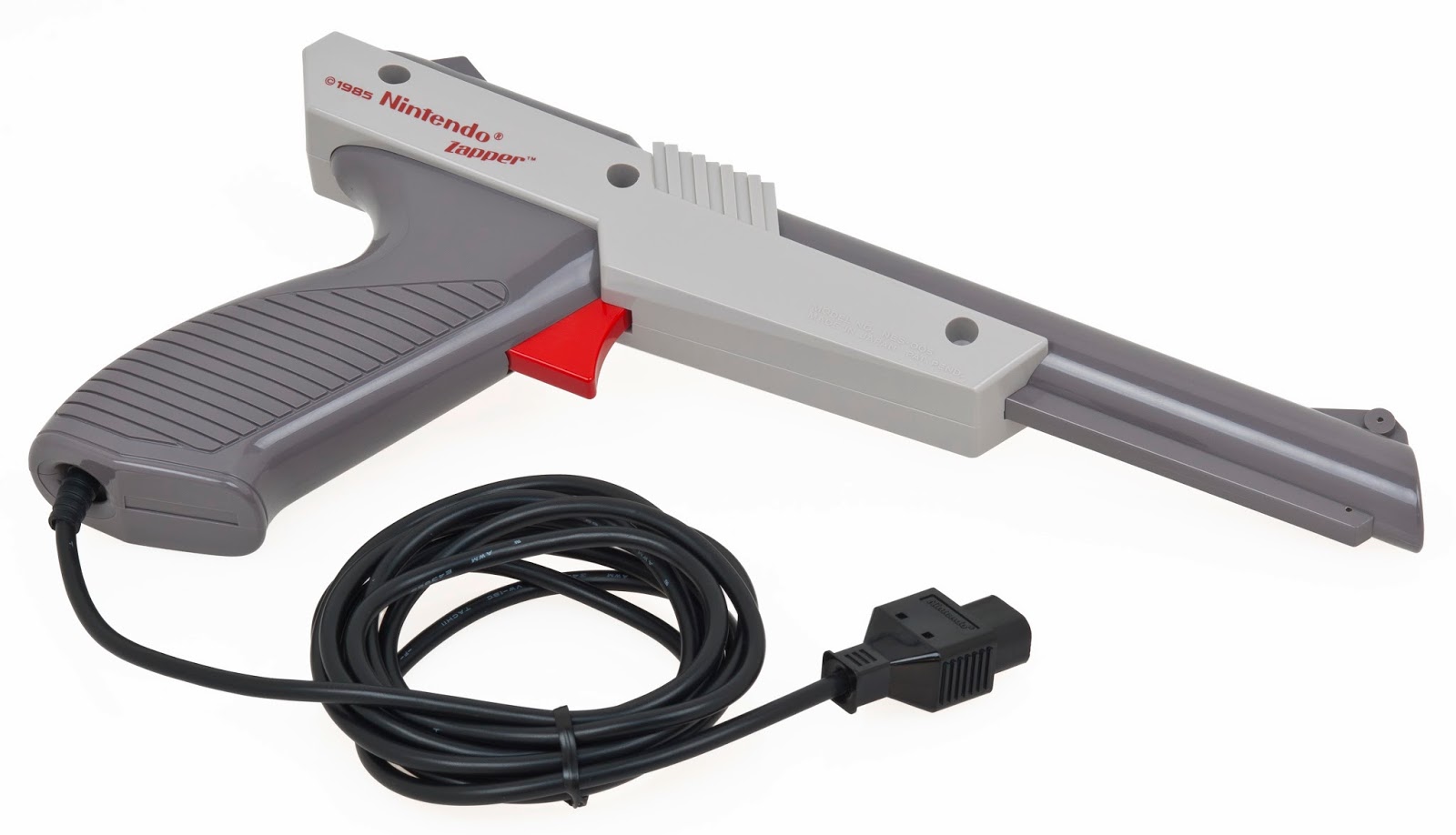 This video of NES/Famicom title screens combined with Joel Boyce's explanation of the technology behind the NES Zapper over on Unwinnable, have set me upon a strong nostalgia trip. While that video is certainly cool, understanding how the Zapper works is kind of incredible. If you're unfamiliar with the Zapper, it's a gun peripheral for the NES, most notably used with the game Duck Hunt, wherein you shoot ducks and a maniacal dog retrieves them. The Zapper simply plugs into the NES and you aim it at the targets on screen an pull the trigger to use it; no sensor bars or motion controls or accelerometers present.

I remember playing Duck Hunt as a kid and being filled with an unanswered curiosity about how the Zapper functions. The most common misconception was that it used some kind of laser targeting; it was called a "light gun" after all. Boyce's explanation is much simpler though, but perhaps more impressive for its simplicity. The Zapper contains a directional light sensor, and when you pull the trigger, the screen flashes black and then a white box flashes wherever the targets are positioned. The light sensor understands high fluctuations in a light reading as a hit. If you're not aimed at the target, the sensors won't pick up the white box, meaning it won't see the light fluctuation necessary to register a hit.

It all seems so simple now, but for a device that has multiple decades on the motion control fad, it deserves recognition for its forward-thinking technological achievements.
Posted by Dan Solberg at 10:00 PM