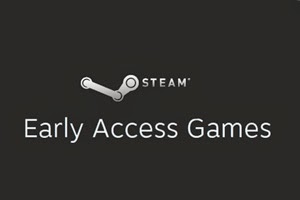 Source: Early Access exposes the lie that the best games should, or even can, be finished
Author: Rowan Kaiser
Site: Polygon

Another week, another opinion piece with some interesting gray areas to discuss. Over at Polygon, Rowan Kaiser picks up the discussion of Steam's Early Access games and what it means for a game to be "finished." Many players and critics have voiced complaints about Early Access games for a variety of reasons ranging from their pricing structure, to the clarity of their current status (i.e. what's broken), to their prominence and quantity in the Steam marketplace. Kaiser posits that we've been playing "unfinished" games for years, and in fact that unfinished-ness is by design. He states that in addition to what we understand as unfinished games that have not seen a complete development cycle and final retail release, there are also games that the player can't complete.

Unfinishable games include sports games, endless runners or puzzlers (Tetris), MMOs, and pretty much anything resembling a multiplayer mode. We can think of every version of Street Fighter as the same game, just with various updates, each sold separately of course. Kasier's essay draws a parallel between Early Access games and unfinishable games in that they both see tweaks and additions to gameplay months and years after "official release."

There are two points I'd like to voice in response. First, while it's great that there are seemingly "mandatory" status notices on the store pages for Early Access games, they're not all super helpful, including Rust, which is cited in the article. The description for Rust currently reads: "We are in very early development. Some things work, some things don't. We haven't totally decided where the game is headed - so things will change. Things will change a lot. We might even make changes that you think are wrong. But we have a plan. It's in our interest to make the game awesome - so please trust us." While this is enough information to tell me that now is not the time to spend money on Rust, I also don't think this is evocative of the transparent development process that consumers are supposedly buying "access" to, unless Steam starts allowing players to return games for refunds.

Point 2: Players can also "be finished" with games, unfinishable or no. Being finished with a game can occur at anytime for a player and even after the credits roll in "finishable" games, many players still aren't done playing them, be it a New Game+, some other bonus mode, or investigating speed run possibilities. And the rub with Early Access games is that players can "be finished" with them before they're even feature-complete or at their least broken. I prefer to think of game sequels as continuations of one game instead of disparate entities, which applies to unfinishable games like the ones Kaiser cites, but "finishable" games as well. This is why sequels to games like Gears of War are met with sentiments like, "well, it's more Gears" because that's exactly what it is. That the nature of Early Access games would be inherently tied to a conventionally unfinishable status just seems like a leap of logic to me.
Posted by Dan Solberg at 10:00 PM