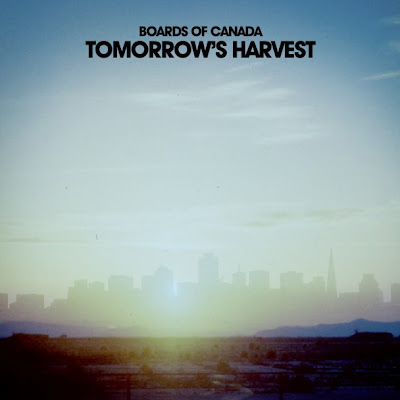 Static fuzz, 15 seconds of music, and a robot voice reading out a short string of numbers. That's all there was to go on, coming off an untitled Record Store Day release from elusive downtempo production duo, Boards of Canada. What did it mean? Later, more records with different numbers surfaced on radio shows in the US and UK. YouTube accounts popped out of nowhere with their own bizarre snippets of information. Speculation swirled, as to what the numbers meant. Some people plotted them as global coordinates, others charted them as calendar predictions. No one had it solved, but there was no shortage of theories.

Yesterday, a website appeared as a redirect from Boards of Canada's official site. At that point, only one section of numbers was missing from the puzzle, so it was only a matter of time until the code was cracked, the full line of numbers entered, and the mystery solved. Turns out Boards of Canada will release their first album in 7 years this summer.

It wasn't ridiculous to guess that the prize at the end of the mystery would be a simple album announcement; most seemed to assume that would be the case. While BoC fans like myself were psyched about the idea of new music from the band, playing the elaborate mystery game was fun in itself. It felt like a global event, even if it was really only relevant to a niche audience. How much of a game was it really though? Well, even though I didn't solve anything myself, I felt involved, scavenging for bits of solutions where I could find them. It was fun, and in this case, that was more than I'd normally expect from an album reveal.
Posted by Dan Solberg at 10:00 AM