Blips: A Diplomat Through and Through 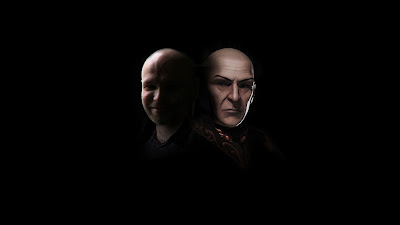 If you're familiar at all with EVE Online, the game of outer space mining corporate intrigue whose player count is in the tens of thousands, then you already know about Vile Rat, one of the games most notorious players. Sean Smith, the man behind the Vile Rat alias was a key diplomatic player in negotiating and influencing some of the largest power shifts in EVE history. Smith did so while also holding a position as Information Management Officer in various dangerous locations with the US State Department, another institution that prides itself on effective diplomacy.

Tragically, Sean Smith was killed in the deadly attacks on the US embassy in Benghazi on September 11, 2012. Stephen Totilo's touching feature for Kotaku tells the personal story of Sean Smith, his life in the line of duty and his legendary accolades in the EVE community. EVE Fanfest is taking place this week in Iceland for the first time since Smith's passing.
Posted by Dan Solberg at 5:20 PM