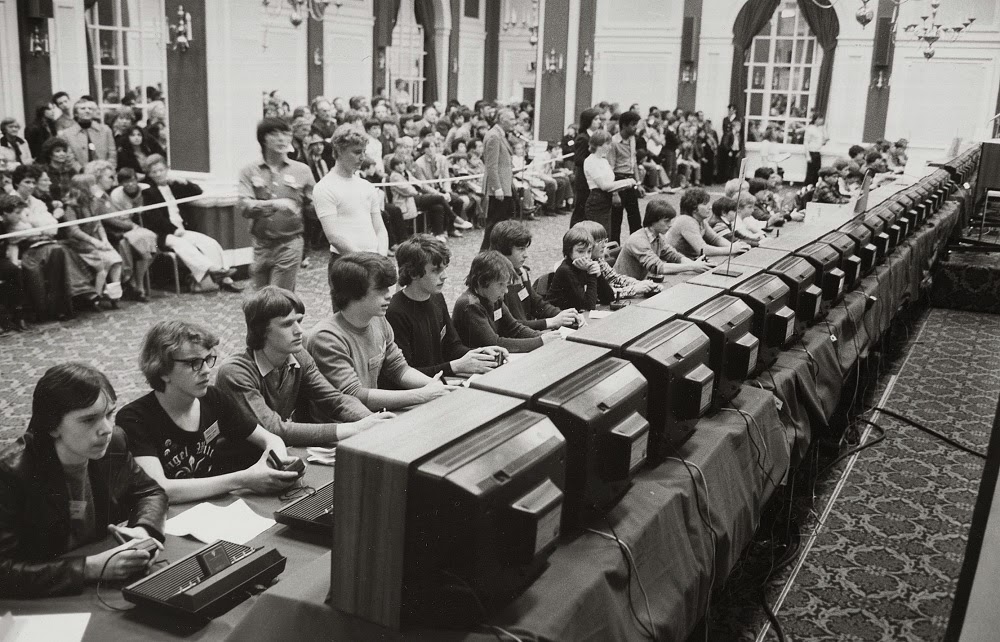 In December I wrote up a list of horrible video game buzzwords and "eSports" was included, in part because of its try-hard intercaps. That said, any hate I had was mostly due to the term, not necessarily what it stands for. Still, I found it pretty interesting to read this article by Josh Ling wherein he researches the etymology of "eSports" and why it's written so many different ways. The principal contenders are "eSports" and "esports," but there are plenty of others involving hyphens and spaces and creative capitalization. Thinking about "esports" as on a similar terminological path as "email," made me a lot more comfortable just ditching all of the caps for just simply "esports." I mean, Ling's Wikipedia link writes it that way, so it must be correct, right?

Actually, it's not a right or wrong issue, but, as Ling explains, a signifier of how long a game or organization has been in the electronic sports scene. Older groups tend to go with "eSports" while newer ones choose "esports," which falls in line once again with the "email" timeline. It's clear that branding has a lot to do with which designation is chosen as it's an instance where a decision has to be made for the sake of messaging consistency. Ling wrote his article after the company he works for made the choice too. I think this is part of what makes some outsiders reluctant to get in on esports though; the perception being that esports is about people trying to make money while a bunch of players fight for attention on their platforms. I'm not all the way on the cynical bandwagon, but I can't fault people for thinking that and seeing "eSports" as a callous cash-in. However, at the same time as the term's evolution to drop the intercaps, esports has outgrown those initial fly-by-night operations to become something much more established. I don't know, I'm still looking at this from the outside, but for what it's worth, that's the view from here.
Posted by Dan Solberg at 10:00 PM