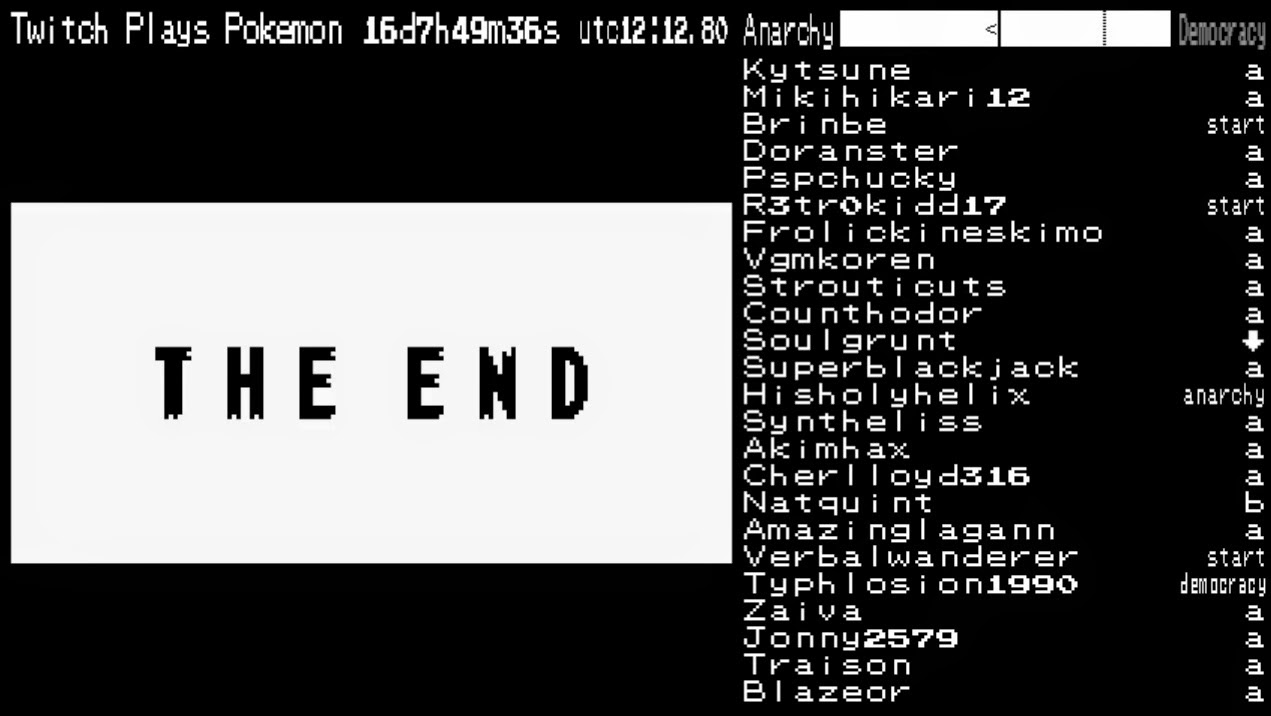 Source: Was Twitch Plays Pokémon an anomaly or the way of the future?
Author: Dan Solberg
Site: Kill Screen

My apologies for the extended absence on this blog, but moving halfway across the country will shift your priorities around for a while. But now things are near back in order and actually looking quite promising. With any luck I'll have some exciting announcements forthcoming on Low Cutoff in the near future. Until then, let's get to the blips.

Gonna lead this off with a story of mine that was published on Kill Screen during my hiatus. It's about Twitch Plays Pokemon and the phenomenon of crowdplay. I'm not convinced that crowdplay is the way forward, but I do think it could be a way forward for thinking about play structures on a larger, sociological scale. Many of the tools being put in place to make crowdplay development tools more accessible feel aimed at recapturing TPP's energy, but I'm sure there will be folks who get their hands on those tools and use them to totally subvert that system in interesting ways. Thanks again to the people at Overwolf for contributing to my piece.
Posted by Dan Solberg at 10:00 PM