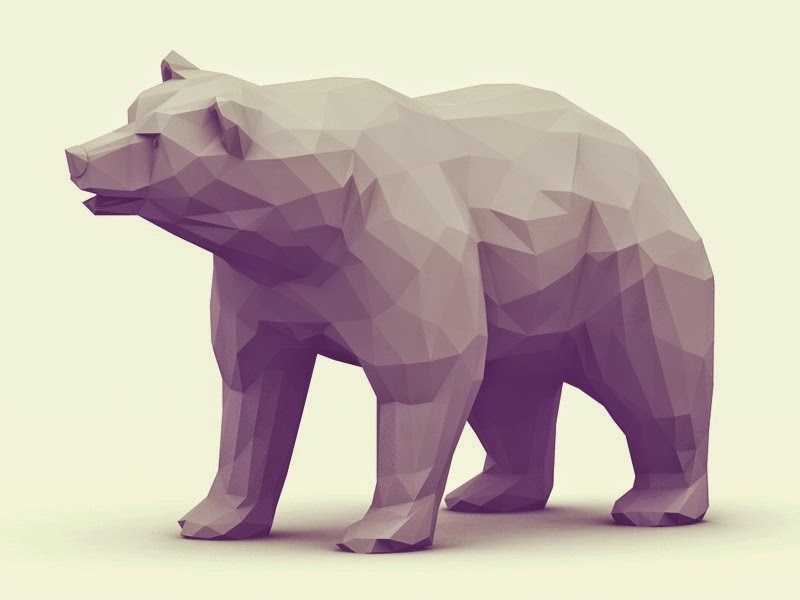 If you haven't had the time to read through Tim Schneider's extensive treatise on low-poly art, I'd like to humbly suggest that you carve out some time to do so. It's a 3-part essay, but reads like one long piece broken into three sections, so I'd recommend taking in as much as you can in one go as possible. Schneider's main thesis here is the exploration of why so many contemporary game makers are opting for the low-poly art style, and the answer in most all cases comes down to emotional resonance. Low-poly art, like the bear shown above, doesn't try to exactly replicate real world objects, but reveals the material of its making while also leaving gaps for viewers to fill in. Schneider relates these artistic moves to Modernist painters, who when faced with extinction at the hands of the photograph, took a turn toward painterly-ness as expressiveness.

Schneider references so many great examples from the contemporary games space and from Modernist painting, and really captures the thinking behind these methods now while grounding them historically. Still, my mind kept wandering toward the actual construction process of low-poly art which has the most in common with sculpture, a medium that goes unmentioned in the article. When I look at the low-poly bear at the top of this post, I think of the subtractive processes of whittling. The flat surfaces mimicking the cuts made by a handheld blade given quick, gestural strokes. It's interesting that low-poly art aesthetically looks most similar to wood-carving when the act of 3D modeling more directly relates to wireframe armatures and applying skins on-top of them, a notably additive method of sculpting.

There's probably another whole essay that could be written here juxtaposing low-poly art with sculptural movements, and I actually credit Schneider's work with spurring this line of thinking in myself moreso than me pointing out that something was missing from his own. I can't recommend strongly enough giving the entirety of his essay a read.
Posted by Dan Solberg at 4:45 PM