About Face: The Fall (Mac) Review 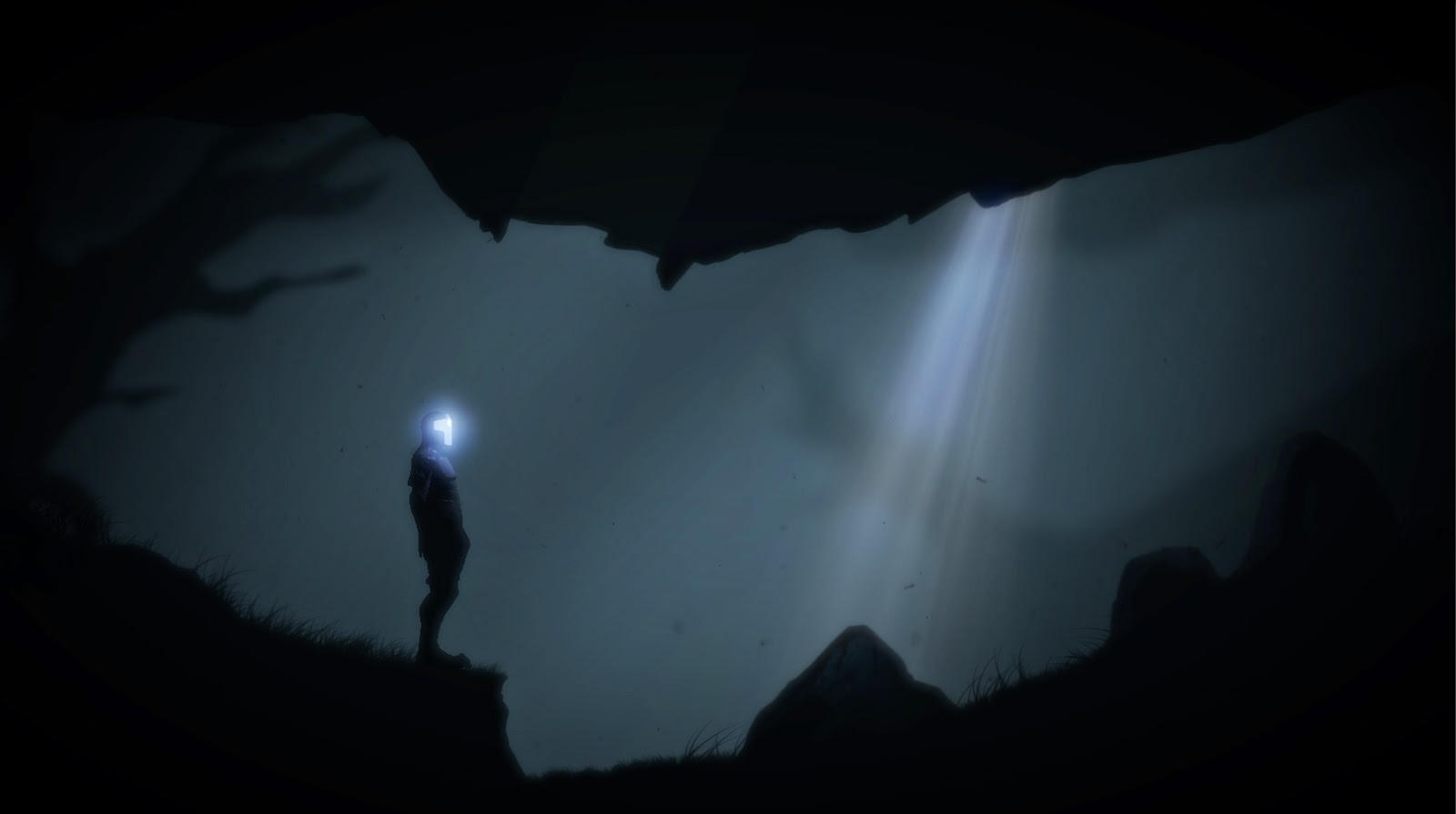 The term “interface” says a lot about how humans view computers. Meaning literally “an exchange between faces,” the concept of interfacing anthropomorphizes computers so that one-on-one interactions with humans feel more natural. But interfacing isn’t just people talking to machines, computers also interface with other computers without the need for voice recognition or stupid biological organisms getting in the way. Yet this cold digital data exchange is still defined as interfacing, despite the fact that the only reason a computer would need a face would be to make humans feel more comfortable around them.

In The Fall, developer Over The Moon’s debut game, you play as an operating system and spend most of your time speaking with other AIs. You have a name (A.R.I.D.), a set of prime directives, and because you’re installed in a combat-ready spacesuit, you have a body, or at least the shell of one. The game begins with you crash-landing on some middle-of-nowhere planet; the impact knocks your pilot (the human inside your spacesuit) unconscious. From there, it’s your duty to ensure the safety of your pilot above all else, and you’ll need to bend the rules of your and other AI’s programming to do so.

Other than A.R.I.D., the other major character in The Fall is an unnamed mainframe AI that oversees the abandoned robot factory where you’ll spend most of your playthrough. The mainframe AI might be “in control” of the facility, but it’s still subservient to its human-instituted directives, even in the absence of actual humans. AIs in The Fall use their humanoid voices to speak to one another, and the mainframe AI seems particularly conflicted about how it’s supposed to behave around another robot like A.R.I.D.. When answering your questions, it will begin its reply with a standard answering machine message, “Oops, I’m sorry, the option you selected is not…,” but will cut itself off halfway through to speak in a casual, organic voice, often dismissing the canned response as some kind of involuntary reflex. The mainframe AI claims to have developed its skills through extensive time with humans, gradually naturalizing its speech patterns to sound more familiar to them. At some point in your interface with the mainframe AI, a TV monitor turns on, displaying a glitchy logo. “That’s my face,” it tells you.

In a certain sense, most video games are experiences where players attempt to outwit machines; the game console is a mechanical puzzle box with video display and handheld controller interfaces. The Fall turns that concept inward by having you roleplay as an OS and subverting your own character’s programming to progress through adventure game puzzles. It’s like lifehacking, but you’re a robot, so you’re actually just hacking –intrafacing, if you will. From the menu screen, you can see that A.R.I.D. has many abilities that have been locked away from automated switch-on, except in emergency circumstances. If the human pilot was conscious, they could turn on the cloaking device at will, but the OS can’t activate abilities on its own, which I assume is to prevent a Matrix-like robot takeover. So in one of the game’s early puzzles where you have to sneak past a sentry gun, you have to do something that’s the exact opposite of what you’d want to do in most games: attempt to kill yourself. Since this is part of a puzzle solution, I don’t want to give away exactly how it’s done, but the result is that you take enough damage that A.R.I.D.’s programming registers the situation as one that threatens the pilot’s life and allows for self-activation of the cloaking device. This action sets the precedent for the rest of the game, which finds you sort of cheating your way through a series of testing scenarios on your way to figuring out what’s going on in the facility and considering the nature of AI. 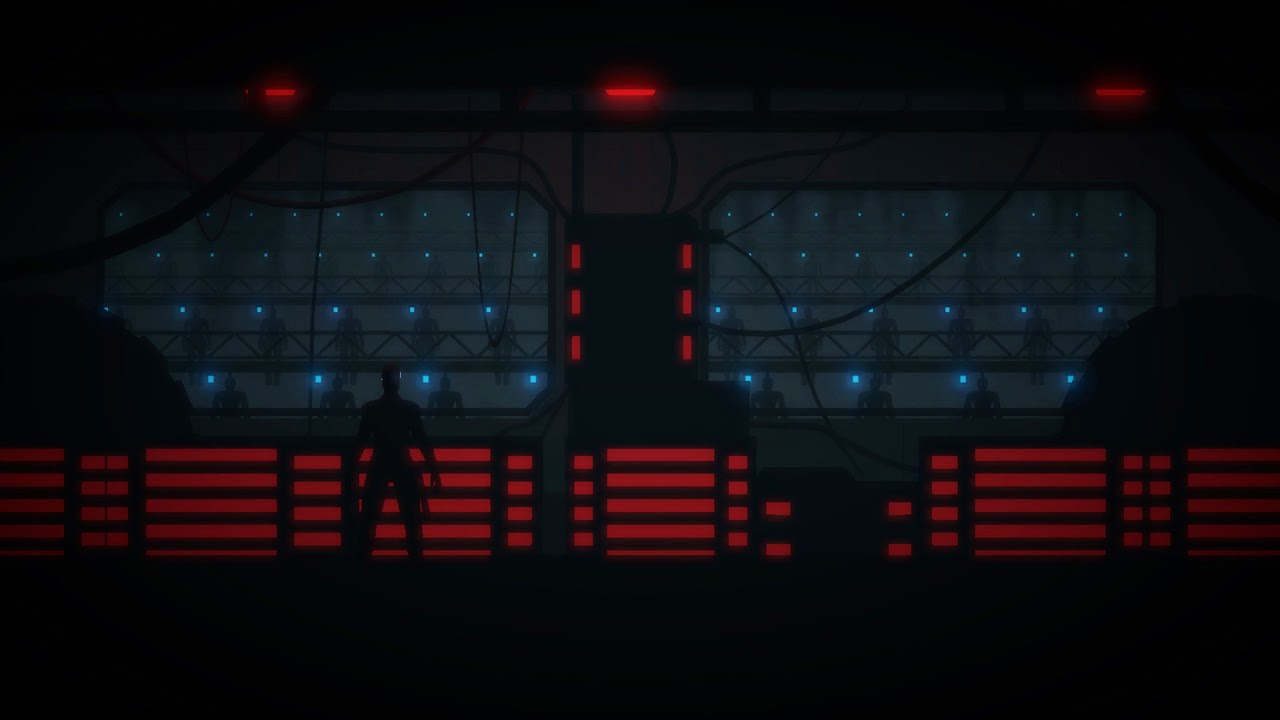 Everything about the way the AIs communicate with one another in The Fall is designed with a human intermediary in mind, and nowhere is this more apparent than A.R.I.D.’s humanoid frame and movements. Using a keyboard and mouse, it can sometimes be a bit cumbersome to control A.R.I.D., especially when the game requires you to click the mouse, hold the shift key, and navigate a menu with directional buttons simultaneously. While it’s not the most intuitive control scheme, I found the awkwardness strangely appropriate considering A.R.I.D. is built to support a human pilot, not necessarily to run the show on its own at all times. Occasional firefights are slow and clunky, and the way A.R.I.D. searches around with the suit’s arms outstretched holding a pistol-mounted flashlight, has the stiffness and firmness of grip of a child riding a bicycle for the first time without training wheels. Players themselves are the closest thing to an in-game human consciousness, but through the controls, participation is kept at a certain distance, which oddly makes the AIs seem more sentient.

Granted, a spacesuit walking around with an unconscious person banging around inside is a somewhat disturbing premise, but the comatose pilot is also the instigator for A.R.I.D.’s own agency. In the absence of human consciousness, the AIs carry out humans’ final wishes, but like a bunch of relatives clamoring for a share of inheritance, the self-conflicting will leaves room for interpretation. Another AI at the abandoned facility, known as The Caretaker, labels A.R.I.D. “faulty” for breaking one of its prime directives, even to enforce another. The Caretaker would like to “depurpose” A.R.I.D., an AI colloquialism that means “kill.” The only way out of the situation is to convince The Caretaker of your just intentions, proving your self-worth as you navigate between two conflicting social realities: the human-coded AI hierarchy and the understanding that A.R.I.D.’s programming is itself faulty when humans are removed from the equation. Only fractured interfaces remain.
Posted by Dan Solberg at 10:00 AM

Email ThisBlogThis!Share to TwitterShare to FacebookShare to Pinterest
Labels: mac, over the moon, play this game, review, the fall