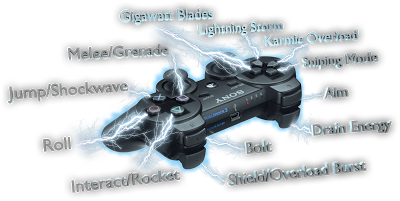 There was a lot of fuss a couple weeks ago when the Museum of Modern Art (MoMA) in New York City announced they would add games to their collection. The video game community was pumped to see another instance of cultural recognition for their beloved medium. The announcement, penned by Senior Architecture and Design Curator Paola Antonelli, was also viewed as another step forward for the acceptance of video games as a proper art form, with visions of Tetris seated next to Les Demoiselles d'Avignon. Amidst this excitement, a crucial detail of the announcement was largely being overlooked. Video games are not being added to MoMA's permanent collection as artworks, but as design objects, specifically for their "interaction design." Mario and Picasso might not be roommates after all.

From a typical gamer's perspective, the inclusion of video games in MoMA says enough to satisfy on its own, but from an art world perspective, the distinction between art and design is a contentious rift, and labeling a new category of works as one or the other matters a great deal. Reading into the politics of a precedent-setting institution making such a decision about video games, one wonders how the balance of traditionalist push-back and compromise played out to ultimately label games as "design," or if that was the idea all along. Language used for these categorical purposes is always carefully curated, aiming to please as many demographics as possible. With these video game acquisitions, MoMA is looking for the common ground where gamers and art patrons overlap.

The Smithsonian walked the same line last year with The Art of Video Games at the American Art Museum. The main feature of that exhibition was a showcase of console hardware and software, representing 4 distinct game genres across time. The Art of Video Games acted as a display of historical artifacts with explanatory statements justifying each game's inclusion in the exhibition. The blunt title of the show alluded to art, but without directly stating that games are art. In fact, usually when the phrase "the art of" is employed, it's to discuss craftsmanship, a quality that could be attributed to proficiency in most labor requiring a degree of delicacy. The MoMA announcement presented the same mixed message brought forth in The Art of Video Games –a prestigious art institution is willing to use "art" and "video games" in the same breath to draw attention from the game community, but stops short of an actual art exhibition of video games.

It's true that MoMA begins their announcement with the blunt statement that video games are art, but the rest of the blog post runs counter, leaning heavily on explanation of the design criteria and technicalities of acquisition. For an art museum like MoMA to simply state that games are art seeks a kinship with the gaming public. It's saying "we all know games are art so let's just move on now." Yet, the issue of whether video games are art is as heated as ever, turning up just about everywhere that a forum for discussing games exists. The avoidance of the debate about whether games can be considered art is reinforced by breaking them down into architectural design elements. These components could be used as the basis for artistic interpretation, but here they are presented as bullet points for the means to a solution, solutions being a core tenant of great design.

The argument for games as art comes down to interactivity being the distinctive factor that both separates it from other expressive media while also showing the conceptual depth and artistry present in great painting and sculpture. MoMA understands this, but chooses to frame video game interactivity as design, not art, categorizing it in the same realm as furniture, tools, and advertisements. This framing actually suits games quite easily, seeing as game development teams, if job titles are to be believed, are led by designers, not artists. "Game Design" is a field in which one can earn a college degree, and the Lead Artist on a game development team is primarily concerned with aesthetics, not interactivity, though the two are inextricably related. MoMA is merely using the predominant language that already exists for discussing games –one of design.

In many ways, design is the great unifier of video games where even the word "game" itself has become a misnomer at times. A lot of interactive things are termed "games" that behave in wildly different ways than one would typically understand a game to function. If chess and baseball are used as barometers for what constitutes a game, then the episodic exploration and choice-driven conversations of Kentucky Route Zero seem to put it in another category, closer to visual novels, but still uniquely interactive. The term "game" has evolved beyond chess and baseball to include the likes of text adventures and World of Warcraft, but conversely rendering it less useful as a classification. All successful video games display outstanding design though, and that's both a much easier pill to swallow and a convenient safeguard in the event that a great taxonomical dispersion in the future that renders "video game" obsolete.

MoMA's decision to acquire specific video games as examples of superb "interaction design" is less a bold statement claiming video games to be works of art and more a logical next step for a cultural institution looking to expand patronage and continue relevance. That said, final judgements about whether MoMA's initial video game venture shifts the balance in the "games as art" dialogue should be withheld until Applied Design, the exhibition featuring their initial 14 acquired games, opens in March.
Posted by Dan Solberg at 1:57 PM